Works start on site at Sibhaven in Highgate!

The final phase of works started on site at Sibhaven in Highgate. Sibhaven was designed in 1899 by Michael Bunney prior to his joining the practice Clifford Copeman Mankins and designing much of Hampstead Garden Suburb. It is Grade ll Listed Building and had survived largely untouched into the 21st Century, albeit got squatted in the last few weeks prior to being acquired by the client early in 2011.
We have been working on the property ever since and are now really excited by the culmination of that long process! The works will complete on site early Spring next year, so watch this space for more to come! 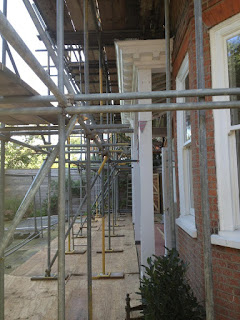 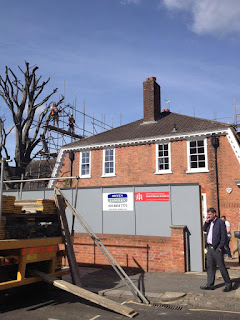