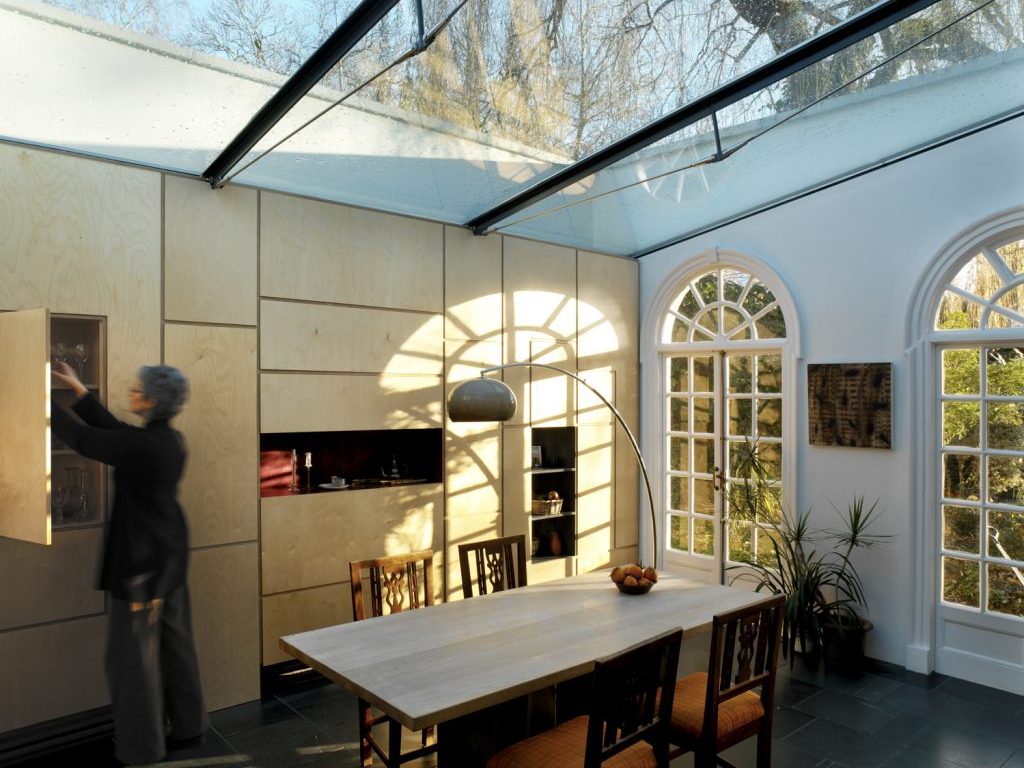 This Grade ll Listed building comprises of a 3-storey, early 19th century house and side extension resembling an ‘Orangery’. When purchased by a couple with 3 young children, the house needed radical rethinking, especially the ‘Orangery’ – a then dark, damp hodgepodge of incongruous rooms.

The entire house was refurbished and features built in ply joinery on every floor, simply varnished or colour stained. Birch ply was chosen as a modern, economical, & sustainable material to clearly juxtapose a contemporary layer to the existing Georgian features.

In terms of layout, the ground floor underwent the most extensive interior changes. The functions and flow between rooms were reconfigured, and the grim ‘Orangery’ striped out and opened up to the sky. With a new glass roof, and a combination of fixed and sliding ply and glass partitions, the ‘Orangery’ finally feels like the truthful bearer of its name.