A Tale of a Terraced House, Christchurch Hill, NW3 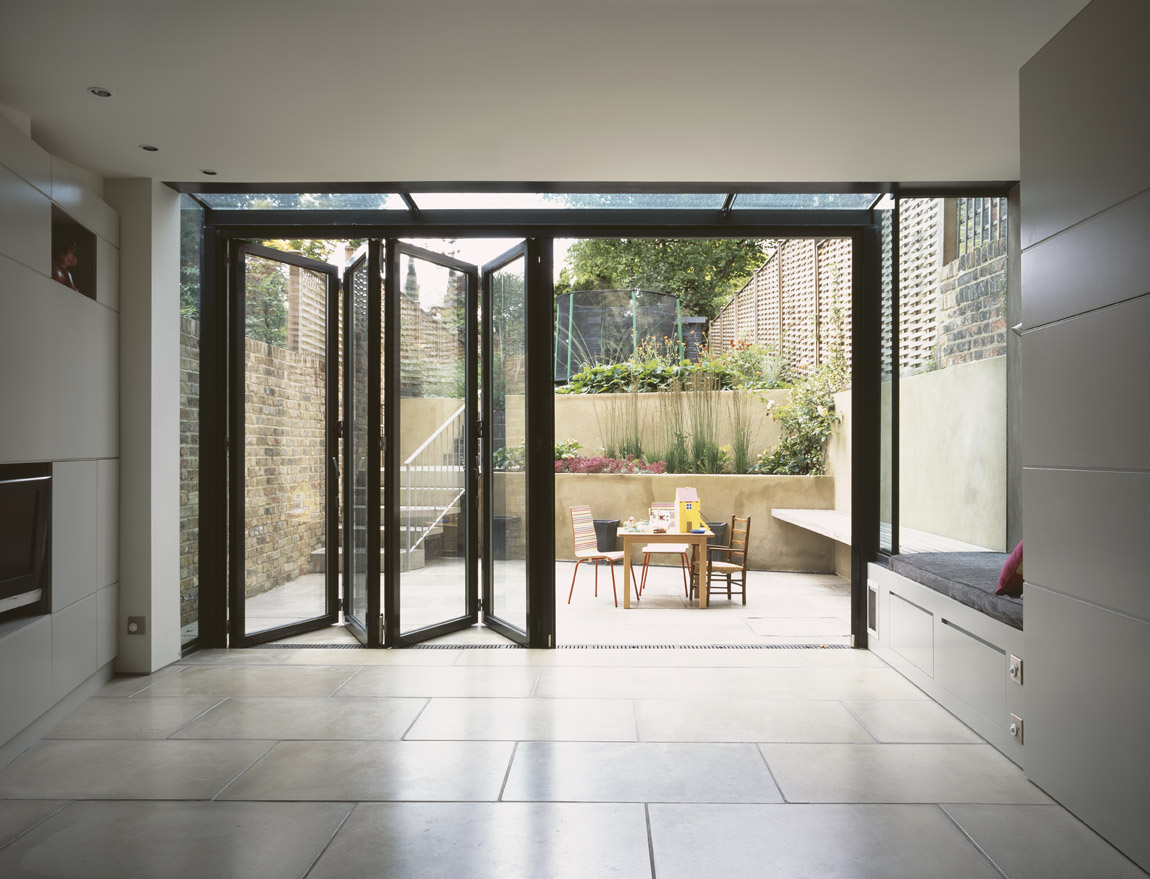 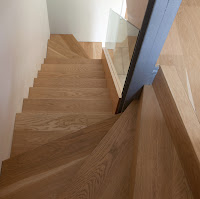 Project Team:
Architect: Sanya Polescuk Architects
Structural Engineer: Techniker Ltd
Quantity Surveyor: Richard Keat Associates
Party Wall Surveyor: Sewell & Hawkins
M&E Engineer: Waterstone Design
Photography: Ioana Marinescu
Headline summary
The reinstatement of a Victorian terraced house in North London, previously split into flats, back into a single dwelling.
The key challenges in re-stitching it into a single unit were:
– re-instating the continuity of the vertical circulation (the staircase),
– re-inventing the lower ground floor and
– re-inhabiting the top most floor
Features
The Staircase
The staircases tend to suffer most when houses are sub-divided. They get incorporated into some units and excluded completely from the others. At the lower ground level, where direct access from the pavement is often possible, the internal stair is often completely removed.
Yet, in a single terraced house the staircase plays a pivotal role in enabling the sense of connection (or division) between various levels and their corresponding spaces. It also provides a fire escape and so requires to be protected from the potential fire and smoke rising within, due to its’ chimney-effect. This separation from the adjacent rooms in case of fire presents a challenge to achieving the sense of connectivity between some floors that the stairs could otherwise provide, typically at lower floors.
A new stair at the lower ground floor provides an opportunity for sorting out a number of other issues – easing the flow to the upper floors, maximising the space between the flanking Party Walls, incorporating the need for storage, etc. Typically, we introduce the new stairs in a form of single, straight flight – this being the most efficient and space-saving device. We group the storage underneath and around the stairs, freeing up the usable floor plate further still.
Given the fire escape requirements for separation, we maintain the protected stair enclosure throughout the house, but tend to incorporate the associated landings into usable space, instead of remaining circulation only. This could be done on both ground floors, the lower and the upper, or just on one.
In narrower houses, such as the Christchurch Hill project, where space is at premium, the new stair could be assimilated into both floors.
On both lower and upper ground floor the new stair is open and incorporated into floor plates, creating a single, large (fire) compartment. The compartment separation is created along the line of the retained, original dogleg staircase to upper floors. A full height fire door on a pivot allows a smooth, natural flow between the floors, yet provides the required fire-separation.
The space gained on the ground floor, beneath the original dogleg stair, forms a transitional and intimate zone, at one, yet separate from the main space.
The Lower Ground Floor
This level has one advantage over any other level in a terraced house and that is its proximity to the rear garden. Yet, traditionally, the lower ground floors were designed as sub-ordinate spaces, used for storage and servants, internally accessible via a stair flight simpler then in the rest of the house. The modest spatial allowances of lower floors seldom match the modern-day demand for open-plan, large, single spaces with plenty daylight and a smooth connection to the garden….
The Christchurch Hill house, with only a little over 2 meters head-height in the lower ground, almost all of which was below the level of its’ forecourt, needed a whole lot more doing.
In order to introduce the sense of space and light, we:
– lowered the floor slab – without underpinning,
– removed the full extent of the lower ground rear facade and
– lowered the entire front section of the house located beneath the forecourt.
– the Slab:
By lining the full extent of the Party Walls with joinery, we were able to lower the floor level without the need to underpin – an RC ‘ledge’ (see detail on Lower Ground Floor Plan and Section) was maintained along the existing Party Wall footings and shaped to accommodate the joinery.
Creating a single elongated space of relatively narrow and long proportions, where daylight comes in from the narrow ends only, it is possible to end up with a tunnel-like space. To avoid that, we faceted and angled the fronts of the joinery so they bounce off light and movement and connect the two ‘rooms’ each side of the portal frame supporting the spine walls above.
– the Front Light-well:
The portion of the property built in the 70-es under the forecourt completely changed the relationship with the pavement and even altered the street-scape. It also heavily overshadowed the front light-well, reducing the amount of daylight to the lower ground floor. We removed this ‘out-building’, all bar the original retaining wall to the pavement and lowered the complete section. Again, to avoid underpinning, we retained the slab ledge and lined the walls with joinery.
– the Rear facade:
The rear wall into the garden was removed and it’s perimeter pushed out beyond the confines of the original building. Instead of the original brick wall with a door and a window, a new and fully glazed structure was installed. This allows for the internal space to take-in the walled garden and so extend the notion of space further.
The Top-most Floor
Despite the obvious potentials for much daylight and views, the top-most attic floors tend to become poorly used, being away from the main areas of the house and with the specific spatial properties.
In both houses we brought the attic floor into full use by adding and/or improving the skylights and dormers.

Despite the limited space, the new dormer overlooking the Heath enabled us to fit a fully-equipped stained glass studio, inclusive of the kiln and a selection of stain

News
About
Go to Top