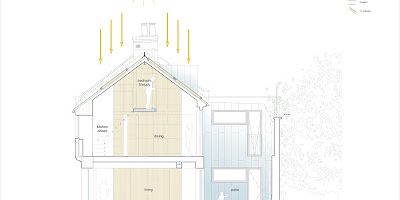 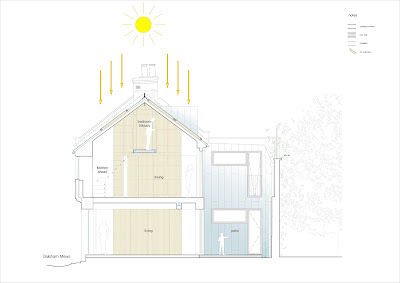 We are happy to report another successful planning approval!

The house at 12 Daleham Mews was originally built as two-storey Victorian terraced stables with coachman’s quarters above, which would have served a home on the neighbouring Daleham Gardens, similarly to the other stables on the mews.
The stables occupied the ground floor and were accessed directly by a 3-double door width entrance. The upstairs coachman’s quarters, now a flat, has its own independent entrance and has three projecting bay windows onto the mews.
Although the new two storey extension would be slightly wider than the existing first floor extension, it would feature the same height and roofline as the existing and is not considered to cause any additional impact to the amenity of neighbouring residents than the current arrangement. The extension would be clad in zinc which would match the new dormer window and help to differentiate the new development from the original house.
Recent News
About
Go to Top