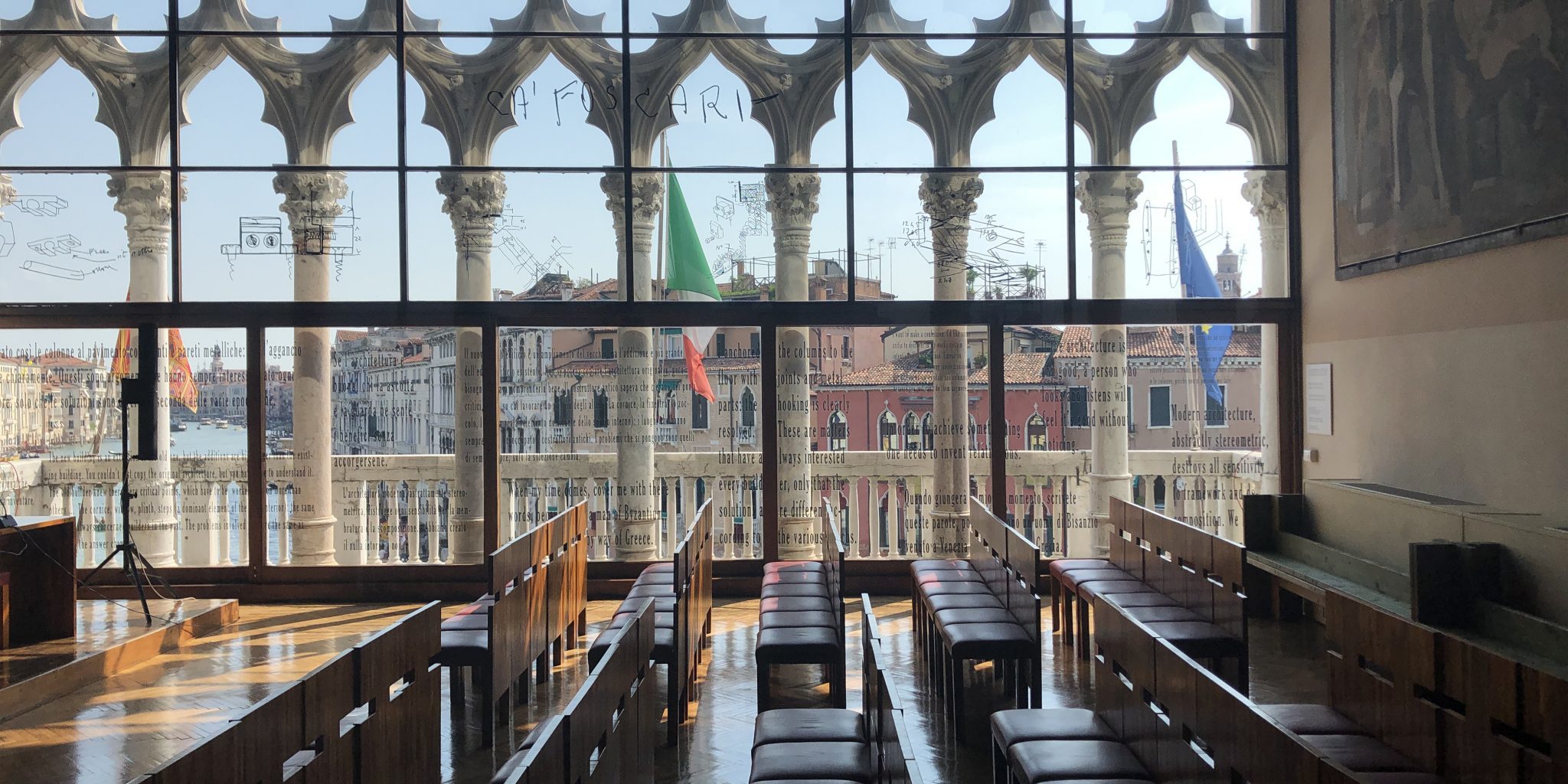 Aula Baratto is a 20th century lecture room in the15th century palace Ca Foscari in Venice. It is a good example of Carlo Scarpa’s meticulous work. His in-depth understanding of the behaviour of building elements and materials in the challenging historic context of the Venetian lagoon is both amazing and inspirational. Venice’s climatically and structurally demanding environment, full of movement, high temperatures and humidity plays havoc with its historic heritage. As materials behave differently in such an environment, they can adversely affect each others survival. Scarpa’s solution to this problem is to always set the old and the new apart from another. That way he not only allows the perception of each in their entirety and splendour but also secures their unencumbered coexistence in perpetuity.

For instance, the elaborate gothic limestone arches on the facade of Ca Foscari, originally built as an open screen to the large Salone but now glazed, remain entirely free from the modern timber-framed glass screen addition. By placing the screen lightly behind the stone Scarpa allows each to take on the movement, the weathering and ultimately the maintenance independently.

Timber flooring in Aula Baratto is another example of that same principle. Scarpa doesn’t fix different types and shapes of timber into one another but creates separate areas for each. The three different timber floors in the room are all set-apart: the stained-down softwood boards, the walnut blocks and the prevailing herringbone oak floor. Softwood expands and contracts differently from hardwood so Scarpa separates the boards from the herringbone by a strip of patinated brass, allowing each floor to breath and move at its own pace. Furthermore, to avoid fixing down each individual board, he simply abuts them and secures them in place by small patches of perpendicularly placed and screwed-down softwood blocks. The area of walnut blocks is also separated from the parquet. Blocks are literally lightly-laid puzzles, within their timber frame. The accurately cut blocks are free to move within its frame and rock gently as one walks on them, as if emulating the gently rocking of the gondolas on the canal below.